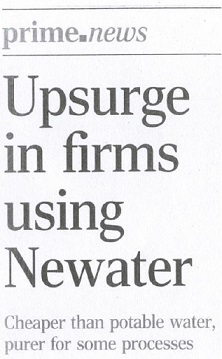 SSMC is the first wafer fab in Singapore to use NEWater.